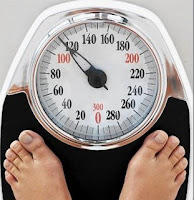 This year’s Society for Judgment and Decision Making conference featured a symposium organized by CMU’s Leslie John and Jessica Wisdom on “Behavioral Economics and Health.” One of the papers presented in this symposium (by Ms. John) just became Behavior in the Headlines (BITH). The study, “Financial Incentive–Based Approaches for Weight Loss,” was recently published in JAMA and it is starting to be picked up by the popular press including the Pittsburgh Post-Gazette. The CMU website sums up the results quite nicely:

“[The study] …placed adult dieters into three groups. One group entered a daily lottery and received winnings only if they reached their targeted weight levels. A second group invested their own money, but lost it if they didn't meet their goals. The third group was given no monetary incentive at all.

The goal: lose a pound a week over 16 weeks.

Followers of this blog will note that this is not the first time that schemes using financial rewards to elicit good behavior and their potential pitfalls have been discussed. I am curious as to how these results square with Uri Gneezy and Aldo Rustichini’s study mentioned in previous posts on an undesirable practice of day care center parents. In their study, when financial incentives were used to incent good behavior it backfired in an irreversible way. Dan Ariely’s explanation claims that when incentives are taken from the domain of social exchange to the domain of economic exchange the process cannot easily be reversed. This would suggest that when the financial incentive is removed in the weight loss study, subjects should whiplash back to bad behavior, as they have no further economic motivation to continue. What happened?

During the next seven months the subjects in all groups did gain weight back but apparently not as much weight as they had lost. To me this result is inconclusive. Logically, if a lot of weight was lost it will require that a lot of weight to be added back, which simply takes time. Perhaps seven months is not long enough. How rapid was the rate of weight regain by subject group? Are the high weight loss subjects gaining back at a faster rate? Will subjects eventually overshoot their old weight and end up heavier and worse off than they were before? The next layer of questions involves whether or not it was the financial incentive itself or the focusing/scoring/gaming process (beyond mere weigh-ins) that caused subjects to lose weight. In summary this is a great study attacking an important problem while opening up a number of good new research questions. I’m "hungry" for more papers from this world class group of collaborators.

Sometimes it is a necessity to use the opportunity of having day care center Omaha. Daycare centers can give you the assurance of safety while you are working and increasing your financial sites. It is also important for the future of the child.