Does the number of people in a competition influence competitive motivation? If so, would additional competitors likely increase or decrease motivation? Research by Stephen M. Garcia and Avishalom Tor attempts to answer these questions. Their resulting paper in Psychological Science entitled “The N-Effect: More Competitors, Less Competition” appears to be generating a lot of interest in the research community. In fact, as of two weeks ago it was the number two ranked paper in recent downloads on SSRN. In a three part series, I will provide a compressive analysis of this newly influential paper. This first installment includes a paper summary and an initial criticism of methods.

Criticism
When assessed on the whole, the evidence presented by Garcia and Tor makes a good case for the existence of an N-Effect; however, many of the component parts of their supporting studies and arguments deserve discussion.
The authors are primarily interested in competitive motivation yet the studies contained in their paper measure a number of other dependent variables, some requiring an extended set of logical connections to support the overall N-Effect theory.

For instance, SAT scores in Study 1a are a measure of actual performance on a test taking task which only has an indirect relationship to competitive motivation. Instead of the linear relationship the authors seem to imply, one could have predicted an inverted U shaped relationship between competitive motivation and actual performance. At a high enough level of motivation, performance should start to suffer as subjects become over stimulated. So in Study 2 it is possible that subjects trying to rapidly take a test are already on the far, downward sloping side of the motivation/performance curve. If that were true the 100 N condition could actually produce more competitive motivation than the 10 N condition yet fit the result of a slower completion time. This explanation may be less likely than the more intuitive one assumed by the authors but its existence begs further evidentiary support for the author’s theory to stand.

Study 1b’s conclusion that actual performance on the CRT test is a measure of competitive motivation is even more difficult to justify. Whereas the SAT is a form of competition with material rewards for high performance relative to fellow test takers, the CRT is not competitive in nature. CRT scores remain the private knowledge of the subject (if they are even shared with the subject at all) and these scores do not impact the acquisition of material rewards such as gaining admittance to good universities. Additionally, a very high degree of competitive motivation might interfere with the suppression of “intuitive,” “System 1” responses that “spring quickly to mind,” (Frederick, 2005) lowering the scores of highly motivated subjects. This is contrary to the prediction of Garcia and Tor.

Given the ability to make diametrically opposed predictions regarding high competitive motivation and actual performance, it is difficult to place much validity in the results of studies 1 and 2 on their own. Fortunately subsequent studies do measure motivation more directly through subject self reporting. However, self reporting has its own set of pitfalls. Subjects may not truly know their own level of motivation and/or may choose levels they believe are socially appropriate or what the researcher wants to see. Studies 3, 4, and 5 would be much stronger if the authors had a more direct way of measuring competitive motivation such as effort invested in actually performing a task or perhaps willingness to make actual payments to eliminate other competitors from consideration.

In assessing the findings one must also remember that imagined N and actual N are not equivalent. Subjects physically running a road race in a crowd of 500 people that they can see, smell, and bump into might produce different levels of motivation than an imagined nameless and faceless hoard of 500 from Study 3. This fact may currently limit the N-Effect’s ability to extend its claims beyond imagined competition to real competition. While Studies 1 a and b do examine subjects who are physically in a room facing actual other “competitors,” as previously noted these studies measure actual performance and not motivation.

The Facebook task used in Study 5 may be inappropriate for a controlled examination of competitive motivation derived from social comparison. Inherent to Facebook is the concept of “friending” and social display of popularity. The Facebook friending task could work as a social comparison prime, especially for undergraduate subjects. While this may affect all subject groups equally and thus be a non-factor when comparing groups to each other, it is also possible that such priming could impact the results in unexpected ways, especially if it was not recognized by the researchers at the design stage. A different task should have been chosen for this study. 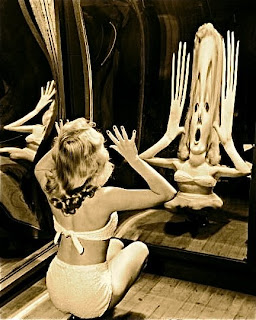