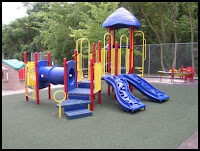 Behavior in the Headlines: Harvard Economics Professor Roland Fryer has an idea to boost performance in our failing schools – pay the students. A new program called Capital Gains is being piloted in the Washington DC area and it is paying students up to $1,500 for good performance in a variety of areas including testing and attendance. The thinking behind the program is that better incentives will encourage students to exhibit better behavior, leading them eventually to academic success. There are no hard data yet on the effectiveness of the approach so the program is currently being run as an experiment. A short movie on the DC pilot can be viewed here.

Fryer’s motive is laudable and his approach has merit; however, the DC experiment is not without risk. By providing financial incentives, Capital Gains is moving the expectation for good scholastic performance from the domain of social exchange to the domain of economic exchange. Such a transition may produce results in the opposite direction intended and the change caused by the program may be difficult to reverse.

Take for example Uri Gneezy and Aldo Rustichini’s study on an undesirable practice of day care center parents. In their resulting paper, “A Fine is a Price,” Gneezy and Rustichini describe the over-time hours and other difficulties for day care center staff caused by late child pick-ups. Day care center management imposed a financial penalty on tardy patents to discourage the practice; however, management was in for a surprise. Late pick-ups actually increased substantially after the fine policy was imposed. Further, when the day care centers later tried to remove the fine, the occurrence of late pick-ups remained at its new, higher level. One explanation for these results, also championed by Dan Ariely in his new book Predictably Irrational, is that parents no longer felt obligated by social contract to pick-up their children on time. The guilt of imposing a social difficulty was replaced by a specific economic value. If the fine price was lower than the value parents placed on the extra effort needed to get to the day care on time, parents simply showed up late and paid the fine. Once in this economic realm it was difficult to reverse the new framing. Dropping the fine merely gave parents a new fine “price” of zero dollars.

The study discussed was focused on a penalty verses an incentive payment so the results may not be directly applicable. However, in the case of Capital Gains, it is possible that students will not value the incentive money as much as they had previously valued the hopeful expectations of their parents or even their own sense of self respect. After students are in an economic exchange mindset they will understand the benefit of good behavior in explicit financial terms. If a student decides that the extra effort is not worth $1,500, she may decide to put in even less effort than she did prior to the program. If students remain in an economic exchange mindset, a later need to remove the financial incentive could leave students even less motivated than they were before the incentive system.

Though there are risks, I am happy to see programs like Capital Gains attempting to improve our nation’s educational system. The current system is failing our children, especially those from disadvantaged backgrounds. It is time to try something new. Thank you Professor Fryer.

Nice demonstration. It’s important to provide the child with early education and care for them. Your work may not help you do that always. You can try a early childhood education Omaha for the betterment of your child’s communication skills and other creative potentials.