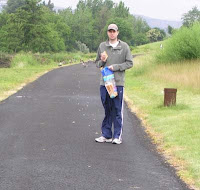 Can there be a benefit to forgetting and, if so, do people have a mechanism that enables them to forget? It is a bit counterintuitive to think that we might benefit from forgetting but with a little effort it is not difficult to think of things we might prefer not to remember. Perhaps we would rather forget some particularly embarrassing moments from high school, the time of an appointment we did not really wish to keep, or even the displeasure of watching the new Indiana Jones movie. Might there also be possible benefits from forgetting the true justification for making a decision?

As an example of the phenomenon, one of Hsee’s studies uses a scenario involving a condo appraiser who, for different subject groups, is motivated either to deflate or inflate the valuation of a property. Their motivation derives from an unjustifiable conflict of interest where the condo seller/buyer is actually the fiancée of the appraiser. Hsee shows that appraisers only inflate/deflate values when there is substantial elastic wiggle room in how the appraiser evaluates the justifiable attributes of the apartment like age of the appliances, carpeting, etc. and that they do not make biased assessments when the attribute weightings are not subjective.

Hsee’s experimental results and those of others seem to strongly support this theory and it is very likely correct. However, let’s consider an alternative explanation centered on motivated forgetting. First, grant the assumption that people do not want to consider themselves as unjust. Next, assume decision subjects are at least conscious of the temptation to incorporate unjustifiable information. I believe Hsee would agree with this awareness. However, motivated forgetting goes further to suggest that at the time of the decision subjects are consciously aware of their incorporation of unjustified information. These subjects are conscious of their transgression yet are careful to lay out a logical story of how the same conclusion could be reached using only justifiable information. The story may partially be constructed to explain the decision to others but the story serves a larger purpose for the decision maker himself. After the story is created the subject very promptly and conveniently forgets the true basis of their decision. Then, if necessary at some future point, they can follow the story like “breadcrumbs of self-deception” to retain their world view as a just individual. Like Hsee, the motivated forgetting approach assumes subjects will only incorporate unjustifiable information when a decision biased by motive can be justified based on a manipulation of the justifiable information. This is because without sufficient nuggets of justifiable information to weave a breadcrumb story around, the motivated forgetting mechanism would not function. Subjects know when they would not be able to fool themselves.

As a theory, motivated forgetting seems to add little value here as it predicts the same outcomes as Hsee’s elasticity hypothesis. Also, in practice it would be extremely difficult to verifiably demonstrate that motivating forgetting is occurring. Perhaps someone brighter than me will have an idea for a good experiment.
Posted by Justin M. Cook at 7:40 AM